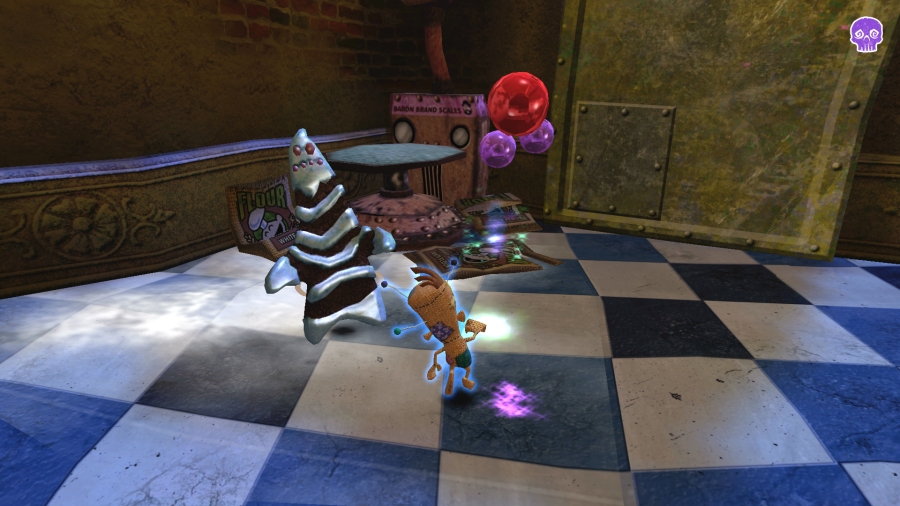 Voodoo Vince  is coming back to Xbox after 13 years. (Image by Beep Games)

An old platformer from the original Xbox days is making an unexpected return next year.

Voodoo Vince Remastered is in development and will release for the Xbox One and Windows 10 in early 2017, its original creator announced on Wednesday.

Voodoo Vince first released in September 2003 as an original Xbox exclusive from Beep Industries (now Beep Games), with Microsoft Game Studios as its publisher. The game is a 3D action platformer set in New Orleans where players control a voodoo doll in search of his creator Madam Charmaine. Voodoo Vince features puzzles throughout the story and special magical attacks that also hurt the mascot when activated. The game grew into a cult favorite for its personality and excellent soundtrack.

The remastered and updated version will be developed by Beep Games and released through the ID@Xbox program, which allows independent developers to self-publish games on Microsoft’s platforms. Clayton Kauzlaric, Voodoo Vince’s original creator and founder of Beep Games, announced the news through an official post on Xbox Wire.

He said he proposed the remaster within Microsoft and chose to bring Voodoo Vince back through ID@Xbox after support from the company. Kauzlaric is the current creative director at Microsoft Studios. He also worked on the Total Annihilation series and co-made Deathspank (2010) with Ron Gilbert.

Voodoo Vince Remastered will feature updates to the game’s graphical performance, with 1080p visuals, 60 frames-per-second and widescreen view. There will also be Achievements and added vibration support, which weren’t in the original release. The music will feature select tracks that are updated and remixed from the original release by Steve Kirk, a composer and musician who also worked on Star Wars: The Old Republic (2011) and the cartoon “The Twisted Tales of Felix the Cat” in the mid ’90s.

There won’t be any gameplay changes in the new release, which will be mostly preserved from its original state, according to Kauzlaric. “That was important to me,” he said. “Vince moves, animates, and controls exactly like he did in 2003. You can just see a lot more detail in his world when he moves through our twisted version of New Orleans and the Bayou.” The game’s engine is being redone for new rendering effects and textures playable on modern platforms.

Development on Voodoo Vince Remastered began a few months ago, according to Kauzlaric. He said he always wanted to return to the character and appreciated the passion from fans over the years.

The game is also up for voting on Steam Greenlight for a possible PC release on Valve’s platform.

The original Voodoo Vince started development in 2001 with a small team after Kauzlaric pitched the idea to different publishers for almost a year before landing with Microsoft. “Nobody on the Voodoo Vince team had ever worked on a 3D platformer, including me,” he said. “But we jumped right in and worked our butts off for two years, learning, inventing, and improvising as we went.”

The game never became backwards compatible with the Xbox 360 because of the custom-designed coding used in its engine, so it’s only been playable on the first Xbox. The original Xbox first launched for North America in November 2001 and lasted several years before Microsoft moved on to the Xbox 360 in November 2005.

Phil Spencer, the current head of Xbox, has stated that Voodoo Vince is one of his favorite titles he’s worked on because it was the first game he finished playing together with his daughters. Spencer also tweeted his excitement about the news of Voodoo Vince’s return.

“It’s great to finally resurrect Vince,” Kauzlaric said. “Watching him and his world come back to life over the last few months has been a fantastic experience. It feels like coming home.”