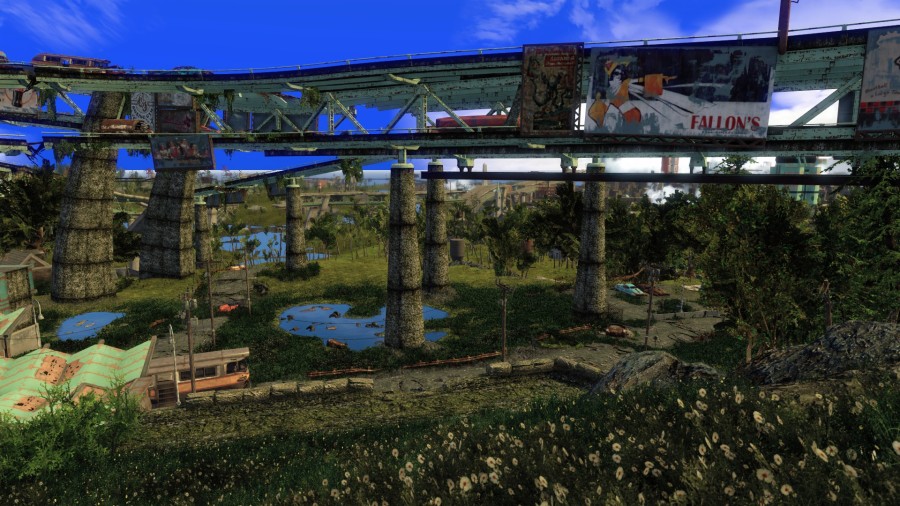 PlayStation 4 owners will be left out of mod support for two big games on the console.

PS4 players of Fallout 4 and the upcoming Skyrim: Special Edition won’t be able to download and play free mods created by the community because of Sony’s restrictions on the program, Bethesda Softworks announced on Friday.

Bethesda claimed that Sony wouldn’t allow console mods to perform on PS4 at the standard that they already do on Xbox One, which led to the decision of suspending support for the community content until a solution could be found.

“After months of discussion with Sony, we regret to say that while we have long been ready to offer mod support on PlayStation 4, Sony has informed us they will not approve user mods the way they should work: where users can do anything they want for either Fallout 4 or Skyrim Special Edition,” Bethesda wrote in an update on its website.

Console mods for the latest Fallout were first announced for Xbox One during E3 2015 after the company’s reveal of the game. Fallout 4 launched access to free mods for all Xbox One owners on May 31. Bethesda had planned to launch a closed beta for PS4 mods in June but that eventually became indefinitely delayed. PC players have been able to download mods since the game launched for all three platforms in November 2015. For consoles, players make the mods on PC using Bethesda’s Creation Kit program and then upload them for the community to play, which then can be installed by Xbox One owners right from their game.

The Elder Scrolls V: Skyrim Special Edition, a remaster Bethesda announced during its own dedicated E3 conference in June, is scheduled to launch on Oct. 28 for the PS4, Xbox One and PC. Playable mods for Skyrim Special Edition were announced and planned to allow PS4 owners to download them just like their Xbox One and PC counterparts, which would be one of the key features of the remastered release.

User-created mods for Fallout 4 can potentially extend hundreds of hours of gameplay to the core experience developed by Bethesda Game Studios by adding or changing a variety of aspects. Mods on Xbox One can range from tweaking gameplay to altering Fallout 4’s landscape in addition to bringing new characters, companions, areas, missions, weapons and crafting abilities. Skyrim first launched in November 2011 and continues to be a popular game for mods on PC.

“Like you, we are disappointed by Sony’s decision given the considerable time and effort we have put into this project, and the amount of time our fans have waited for mod support to arrive,” Bethesda explained. “We consider this an important initiative and we hope to find other ways user mods can be available for our PlayStation audience. However, until Sony will allow us to offer proper mod support for PS4, that content for Fallout 4 and Skyrim on PlayStation 4 will not be available.”

Bethesda had worked the past several months with Sony to resolve Fallout 4’s delayed mod launch, according to the publisher. Until recently Bethesda said the support on PS4 was still going through an “evaluation process.” Pete Hines, Bethesda’s vice president of marketing, said in an interview released Wednesday that it was still committed to getting mods on PS4. “It’s definitely not that we’ve decided not to do it, we absolutely, positively want to get PS4 mods out as fast as humanely possible,” Hines said.

There were several issues with bringing mod support to Fallout 4 players on PS4. Since PC textures were used to originally create the mods before translating them to consoles, there were potential performance and memory problems with them on the PS4. Sony also uses its own special sound format for every game on its system, which doesn’t translate the audio files created and used across the PC and Xbox One. The total size limit for installed mods on the PS4 version was also restricted to 900MB instead of over double the size for Xbox One owners at 2GB. This complicated the PS4 add-ons by restricting how many mods a player would be able to use at the same time. It also prevented creators from fully bringing some of their content over without first making changes from the Xbox One version.

Fallout 4 is the first Bethesda game on home consoles to allow for free user-created downloads, much like several of its popular titles on the PC platform in the Fallout and Elder Scrolls franchises.