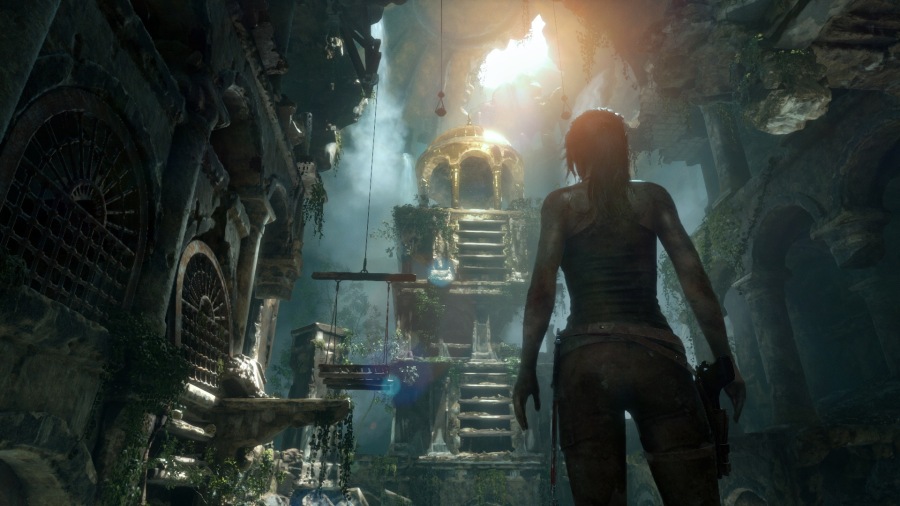 Nearly a year after its initial release, Rise of the Tomb Raider will make its way to Sony’s console to coincide with the franchise’s 20th anniversary.

Rise of the Tomb Raider will release for the PlayStation 4 worldwide on Oct. 11 for $59.99, Square Enix announced on Tuesday.

Called Rise of the Tomb Raider: 20 Year Celebration, the PS4 release comes with the full game, all its available downloadable content, a new story add-on, new modes, nostalgic content from the franchise’s history and PlayStation VR support all in a bundled package.

Rise of the Tomb Raider was formerly an Xbox One-console exclusive since its November 2015 launch, which Microsoft published. Developed by Crystal Dynamics, the game also released on the Windows 10 Store and Steam earlier this year.

The game’s new 20 Year Celebration version will also release for the Xbox One and PC. There will be a limited edition for PS4 owners that comes with a 28-page art book, with Europe also getting it on PC at certain retailers.

The PS4 version is being done with help from Nixxes Software, which has ported several other Tomb Raider and Square Enix games over the years, including the franchise’s 2013 reboot to PS4 and Xbox One as the Definitive Edition in 2014.

A new story add-on called Blood Ties will be released with the 20 Year Celebration that’s also compatible with PlayStation VR. Playing in VR takes Blood Ties into a first-person mode through Lara Croft’s viewpoint. Blood Ties happens inside the Croft Manor, with Square Enix estimating it will take around an hour to complete. The story focuses on Lara Croft fighting for the ownership of the mansion against her uncle and trying to retain her father’s secrets.

Another add-on for the game’s alternative expedition modes called Lara’s Nightmare brings a zombie invasion upon the Croft Manor, where players will fight waves of the undead.

Online co-op play is being added to the game’s endurance mode, allowing two people to join together to see how long they can survive. The endurance mode was added after the game’s original release as part of its downloadable content also included in the Season Pass.

More new content being added to the PS4 version includes throwbacks to the franchise’s early games. New versions of the Antarctica outfit and the Hailstorm pistol from Tomb Raider III: Adventures of Lara Croft (1998) can be used across different game modes. There will also be a new vintage expedition card pack that will turn Lara into five different models from the earlier games. These retro costumes can play out during several modes and story cut-scenes, including the character’s original design from the ’90s. 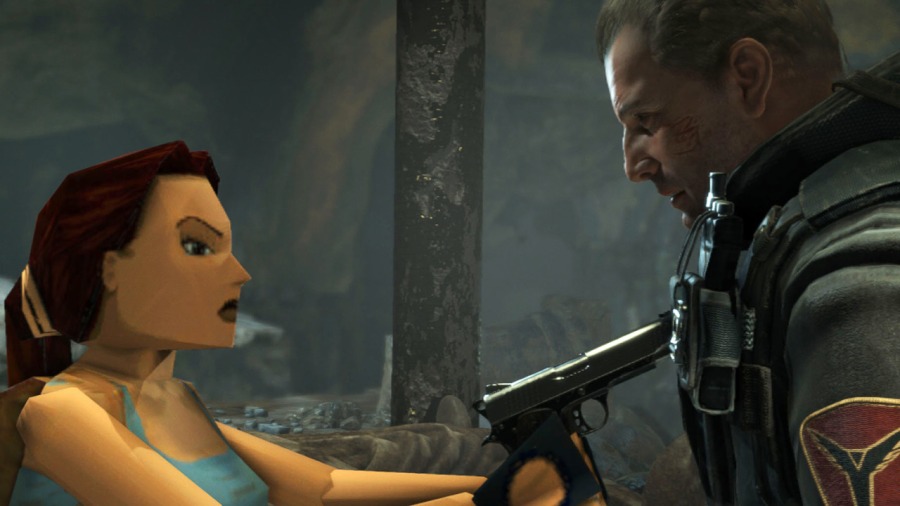 A new difficulty for the story mode called “extreme survivor” will be added that removes all the game’s checkpoints. Players will only be able to save the game by finding resources to light campfires at various sites.

The PS4 version will come with all the game’s DLC that’s included in the current Season Pass that retails for $29.99. This includes a story add-on called Baba Yaga: The Temple of the Witch, an expedition mode where players fight escalating levels of enemies in Cold Darkness Awakened and the game’s endurance mode. There‘s also over 35 expedition cards that give different upgrades, bonuses and challenges throughout the alternative game modes, seven new weapons and 12 new outfits included with the Pass.

Blood Ties and all the other new content announced for the 20 Year Celebration, like the co-op mode and alternative costumes, will also be coming to the Xbox One and PC as part of the Season Pass for current and new owners or through a separate download for $9.99. Square Enix announced that the 20th anniversary content like Blood Ties or the added co-op mode won’t be launching on the Xbox 360 version though.

Rise of the Tomb Raider first released on Nov. 10, 2015 for the Xbox One and Xbox 360. It came to the PC and Windows 10 this January. The game is a sequel to the 2013 reboot of the series simply called Tomb Raider.

Tomb Raider debuted in October 1996 on the Sega Saturn and shortly after on the original PlayStation, spawning many sequels and turning Lara Croft into a cultural icon. The series was originally created by Core Design, with development later switching over to Crystal Dynamics in the early 2000s.