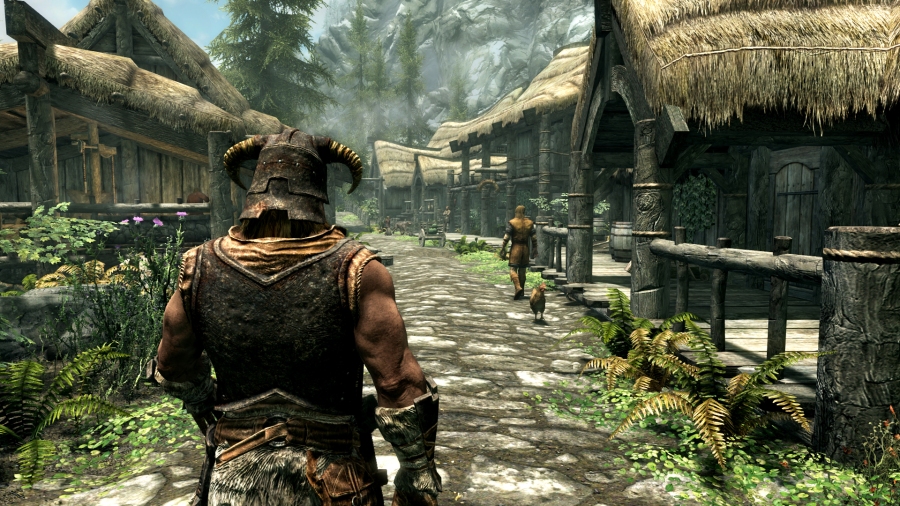 A better-looking Skyrim with community support is heading to current consoles and the PC this year.

The Elder Scrolls V: Skyrim Special Edition, a remastered version of the original release with new features, is coming to current consoles, Bethesda Softworks announced during its own E3 conference on Sunday in Los Angeles.

Like Fallout 4 started on consoles, one of the main new additions for Skyrim Special Edition is that users will be able to download and play community-made mods on the PS4 and Xbox One. Mods for the PC community continue to be extremely popular and have even upgraded the game’s base visuals since its original launch.

The updated Skyrim will also come with all the game’s official downloadable add-ons and expansions like Dawnguard (June 2012), Hearthfire (September 2012) and Dragonborn (December 2012).

PC owners of Skyrim can get a free upgrade to this remastered version if they own all the paid add-ons or the game’s Legendary Edition.

Skyrim first launched for the PlayStation 3, Xbox 360 and PC in November 2011. The game sold over 20 million copies in its lifetime. A remastered Skyrim has been in the works for some time. When developing Fallout 4, Bethesda ported Skyrim to the Xbox One to get experience developing for the current generation.