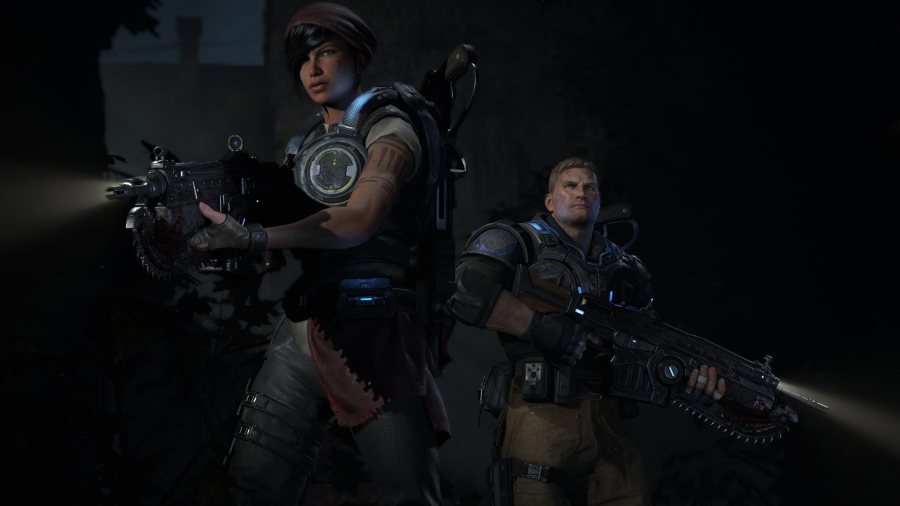 The new era for Gears of War will begin this fall.

Gears of War 4 will release worldwide on Oct. 11 for the Xbox One, The Coalition announced on Wednesday.

The game’s cover art was also revealed, showing all three of its main characters in a fighting stance with JD Fenix at the front.

The Coalition is developing Gears 4, a Vancouver-based first-party studio who took over the franchise from Epic Games after the company sold the rights to Microsoft Studios in January 2014.

A beta for the game’s multiplayer starts April 18 for anyone who plays Gears of War: Ultimate Edition online by April 11 on the Xbox One or Windows 10. All Xbox Live Gold members can join the beta on April 25. The beta will end on May 1.

Gears 4 is the start of a new branch for the series and features an all-new cast of characters, with the main protagonist being Marcus Fenix’s son, a COG solider on the run. The story is set 25 years after the events of Gears of War 3 (2011) and the war against the Locust. The planet Sera is on the verge of collapse from extreme environmental storms, an energy crisis and low resources after defeating the Locust. The Coalition of Ordered Governments (COG) is in control of Sera. A group called the Outsiders live away from the barricaded cities under martial law run by the COG that are aimed to protect the planet’s remaining population, choosing instead to create their own free communities.

The Outsiders are in constant conflict with the COG but everyone faces a new threat from enemies called “The Swarm,” who one day mysteriously kidnap everyone from an Outsider village. The two other new characters are Kait Diaz, an Outsider whose parents led one of the groups and Delmont Walker, who is also a former COG soldier and JD’s friend. The campaign will take place over the course of 24 hours, featuring a more isolated storyline focused on the three characters.

The game is also rumored to release for PC on Windows 10, much like Gears of War: Ultimate Edition did and several of the other key first-party and Xbox branded games like Killer Instinct and Quantum Break.

Gears 4 was first revealed last June at E3. The franchise started in November 2006 on the Xbox 360 and became extremely popular because of its cover-based, third-person shooting gameplay and online multiplayer. The last game in the series, Gears of War: Judgement, is a prequel story that released in March 2013.

The Coalition, formerly Black Tusk Studios, is led by Rod Fergusson, who was the producer of the Gears franchise while at Epic Games.