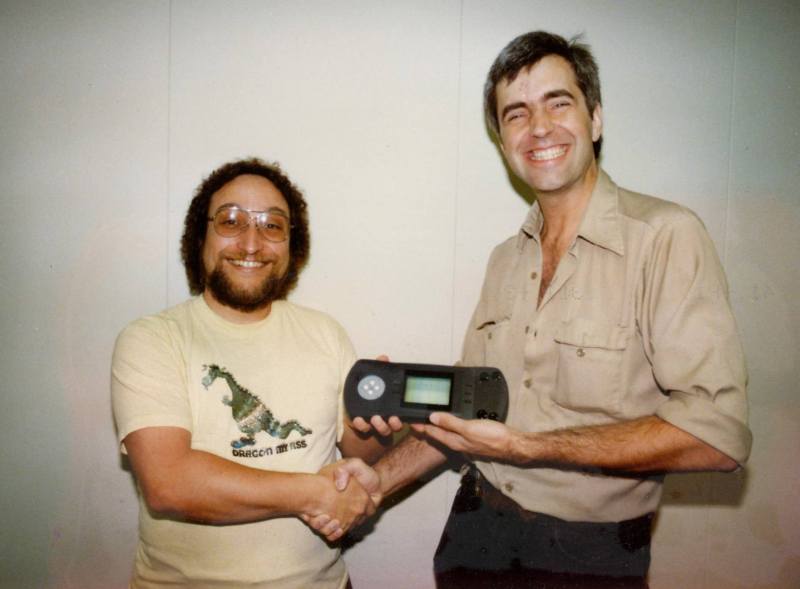 Dave Needle, an important figure in the computer and video game industries who designed three different hardware releases, has died.

[Update: Needle died on Saturday, Feb. 20 in Alameda, California where he lived for many years.]

Born in 1947, Needle was instrumental in creating the first Amiga personal computer, known as the Amiga 1000. The Amiga first released in July 1985. While Microsoft was developing its new Windows operating system for PCs and Apple was further establishing itself with the first “Macintosh,” Commodore’s original Amiga was considered ahead of its time because of its almost unrivaled and ground-breaking multitasking abilities along with advanced sound, video graphics and multimedia features.

Needle worked at Amiga Corporation (and Commodore International, who bought the company in 1984) through the early ’80s in Silicon Valley as an engineer. He became one of the chief hardware architects on the code-named Lorraine project, designing the first Amiga machine. He created the original chipset that made the Amiga so powerful. The Amiga was the first home computer to have full preemptive multitasking, which was an all-new commercial feature introduced during that era. Originally planned as a game machine, the Amiga 1000 evolved into a full-on personal computer system that people could run and use multiple programs on at the same time. More popular in Europe than the U.S., the Amiga brand ran until 1996 until it could no longer compete with other computer and software manufacturers due to a history of poor business decisions.

Later on Needle co-created the Atari Lynx video game handheld in 1987 with RJ Mical, a former Amiga co-worker and fellow software engineer. The Lynx was the first portable console to feature an LCD screen with colored-graphic games, way before Nintendo’s popular Game Boy line did so in 1998. Needle and Mical were contacted by David Morse, a co-founder of Amiga and its former president, to work on a portable gaming device for Epyx, a game developer and publishing company. The design and system was initially called the “Handy.” After financial problems, Epyx sold the Handy to Atari in a business partnership, who rebranded the handheld as the Lynx and released the console two years later in October 1989.

The Atari Lynx was also known for its advanced 16-bit hardware, an ambidextrous button layout and ability to connect up to 16 consoles together for multiplayer play through cables called the ComLynx. Its game library consisted of many popular arcade ports and originals like California Games (1991) and Todd’s Adventures in Slime World (1992). Even with its capabilities, the Lynx had trouble competing with the original Game Boy because of its high price, weaker marketing from Atari and missing a killer app like Nintendo had with Tetris (1989). Gameplay also didn’t last long enough as the Lynx routinely burned through its six required AA batteries in only a few hours.

After leaving Epyx, Needle and Mical co-created and designed the 3DO Interactive Multiplayer, also known as the 3DO, that launched in October 1993 for North America at around $700, making it one of the most expensive consoles ever. The 3DO is the first 32-bit home console ever released in the U.S. It used CD-ROMs for its games, a relatively new technology for the home console industry at the time.

Both the Lynx and 3DO concepts were brainstormed and written on napkins with the help of David Morse, while the duo were at a frequented restaurant in California. Needle co-founded New Technologies Group (NTG) with Mical in 1990, a company created with the purpose of designing a new game console. The prototypes were sold to The 3DO Company and eventually became the 3DO system with Trip Hawkins as its president, the founder of Electronic Arts. NTG merged into 3DO after the two companies agreed to create the final product.

One of The 3DO Company’s design goals of the system was to create a multimedia standard that various companies like Panasonic could license, replicate and manufacture under their own brands. The 3DO was also planned to become an all-in-one media and home entertainment device. After lackluster sales the console was discontinued in 1996 as The 3DO Company exited the hardware business.

The 3DO library featured titles like the Alone in the Dark series, Gex (1995), Road Rash (1994), the start of Electronic Arts’ longstanding racing franchise with Road & Track Presents: The Need for Speed (1994), Samurai Showdown (1995), Star Control II (1993) and the arcade port of Super Street Fighter II Turbo (1994). With its CD-ROM technology, many games in the full-motion video (FMV) genre also released for the 3DO, which the system become known for.

He recently celebrated the 30th anniversary of the Amiga at a special convention in Mountain View, California last year.

Watch this video of Needle discussing the first Amiga on its 30th anniversary:

One Response to “Dave Needle, Original Amiga Engineer and Creator of the Atari Lynx and 3DO, Dies”