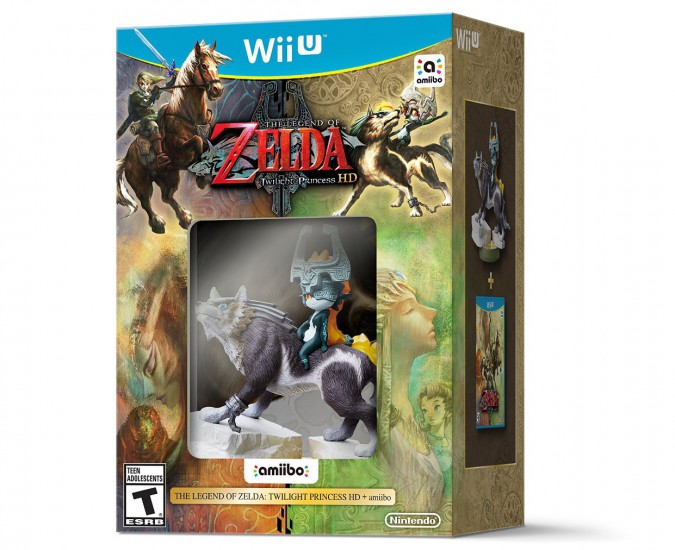 The Legend of Zelda: Twilight Princess is getting a high-definition remaster, Nintendo announced on Thursday during its first Nintendo Direct presentation since the death of former president Satoru Iwata in July.

The game will come with improved visuals, new features and some gameplay changes, according to Nintendo.

A new feature being added to the game is amiibo support. Twilight Princess HD will also release with a Wolf Link amiibo, a figure that displays the transformed protagonist with Midna, one of the game’s main characters. The game will also support five Zelda-themed amiibo used with Super Smash Bros.

The game is available for pre-order now as a bundle with the game and amiibo figure for $59.99. A soundtrack will be included as a pre-order bonus.

Some data from the Wolf Link amiibo will transfer to the all-new Zelda game on Wii U, which Nintendo confirmed will still release for the console in 2016.

Tantalus, an Australian studio founded in 1994, is developing this HD version. The developer has worked on many ports for various consoles in its history.

Twilight Princess first released for the Nintendo Wii in November 2006 as a launch title for the console and then on the GameCube in December 2006. It was originally intended to be a GameCube exclusive but was delayed a full year to coincide with the release of Nintendo’s home console successor.

February 2016 marks the 30th anniversary of the series, which started in Japan. The game will be the second HD re-release of the Zelda series on the Wii U, with The Legend of Zelda: The Windwaker HD having released in September 2013.