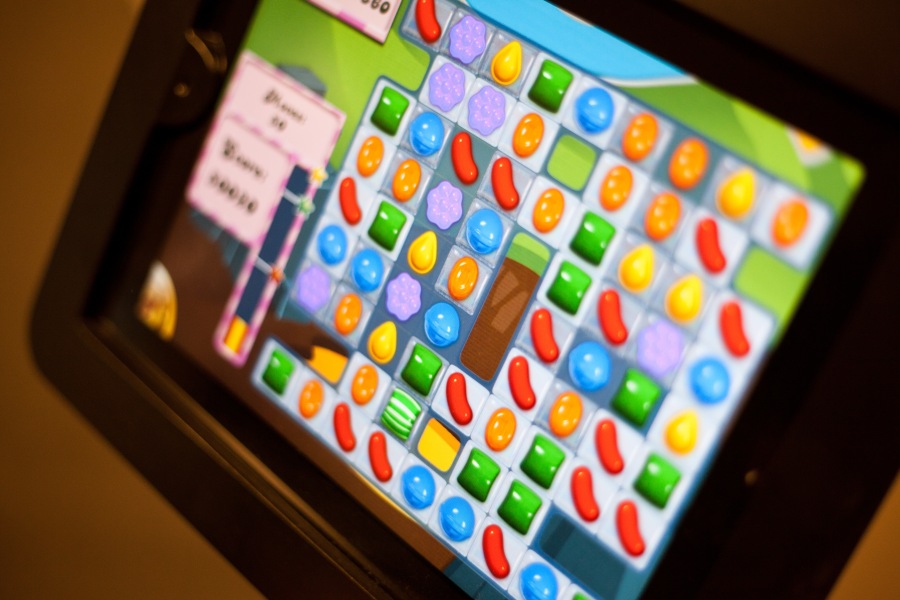 Activision Blizzard Inc., one of the largest game companies for home consoles and PCs with major franchises like Call of Duty, Skylanders and World of Warcraft, is now one of the leaders in the mobile market by acquiring the creators behind Candy Crush Saga in a deal worth billions of dollars.

In one of the largest acquisitions in video game history, Activision Blizzard will now own King Digital Entertainment plc, the developers of the Candy Crush games, the company announced on Monday.

The Santa Monica, California-based Activision Blizzard will buy the entirety of King’s stock for $5.9 billion at $18 a share, 16 percent above the value of the stock when it closed at $15.54 a share on Monday. It’s also a 27 percent increase from its average price over the past three months.

Activision Blizzard will pay for the deal using $3.6 billion in offshore cash outside the U.S., with the remaining $2.4 billion borrowed with an incremental loan from Bank of America Merrill Lynch and Goldman Sachs Bank. Activision’s stock closed at $34.57 on Monday and $35.82 on Tuesday.

The buyout will be confirmed by spring 2016 once it’s approved by King’s shareholders, Ireland’s High Court and passes other standard regulatory procedures.

Bobby Kotick, CEO of Activision Blizzard, said in a release, “With a combined global network of more than half a billion monthly active users, our potential to reach audiences around the world on the device of their choosing enables us to deliver great games to even bigger audiences than ever before.”

King will remain independent within Activision, with its 1,600 employees and 12 worldwide studios in places like the U.S., Sweden, London, Barcelona, Singapore and Tokyo still intact. Co-founder and CEO Riccardo Zacconi will still lead the Dublin, Ireland-based company after the acquisition is finalized.

The Candy Crush games are free-to-play, with in-app purchases for things like extra lives and more turns. In the game players have to match up colored candies for points. There are 92 million daily active users of the two games, with Candy Crush Saga still consistently ranked as one of the top-grossing titles on the Apple App Store and Google Play. There are 474 million monthly active users across all of King’s games, as of Sept. 30. More than 1.4 billion games are played on a daily basis.

Founded in Sweden in 2003, King’s stock went public in March 2014. It opened at $20.50 on the New York Stock Exchange, below its $22.50 IPO from the company. King’s stock has decreased the past several months due to the company not releasing a new mega-hit like Candy Crush Saga for the web and mobile markets and a slow decline in its brand game.

Seeds of the acquisition were planted three years ago as management between the two companies met at that time for initial discussions, with them escalating this past April. Apax Partners, a private equity firm with 45 percent investment in King, will also receive payment as part of the acquisition.

This move is Activision’s big step into leading the mobile gaming market worldwide. It’s main mobile title is Hearthstone: Heroes of Warcraft, a digital card game based on its PC franchise that first released in 2014 for the web and tablet devices, which has more than 30 million players. The game earned $131 million during the company’s last financial quarter. However the company still doesn’t top the mobile charts like it does on home consoles and PCs selling Call of Duty, Warcraft and its other franchises.

The deal is expected to increase Activision’s revenue by close to 30 percent in 2016, according to the company.

Activision reported a non-GAAP revenue of $4.7 billion and King had an adjusted $2.1 billion revenue for the last 12 months. Activision had profits of $1.1 billion while King had $600 million in the same time. Activision expects the mobile game industry to generate $36 billion in revenue by the end of 2015, with profits increasing 50 percent between now and 2019.

Activision Blizzard also announced its profits of $127 million for the third quarter ending on Sept. 30, up significantly from a $23 million loss at the same time last year. Its net revenue saw an increase of 31 percent at $991 million.

Activision said with this acquisition the company would have access to a new base of female players, who make up 60 percent of King’s games, a strong demographic for the company. “Our games have been historically have been more focused on male audiences,” Kotick said. “We now have the opportunity to address hundreds of millions of female customers, which is very exciting.”

King may apply its development craft and strategies to other Activision properties in the future. “We will combine our expertise in mobile and free-to-play with Activision Blizzard’s world-class brands and proven track record of building and sustaining the most successful franchises, to bring the best games in the world to millions of players worldwide,” Zacconi said. “We are very much looking forward to working with Activision Blizzard.”

King collects significant and valuable analytical data on its players and applications, seeing how they are engaged with each game.

This isn’t the first big acquisition of a game company. Microsoft bought the Minecraft developer Mojang for $2.5 billion in September 2014. Facebook bought Oculus, the virtual reality company, for $2 billion in March 2014. In comparison to other media and entertainment, Disney bought “Star Wars” and LucasFilm for $4.05 billion in October 2012.

Activision was founded in October 1979 by former Atari developers and employees, becoming the first ever third-party video game company. It merged with Vivendi Games who owned Blizzard Entertainment to form Activision Blizzard after a valued $18.9 billion deal in 2008.

Activision’s latest big releases are Destiny and Destiny: The Taken King, with more than 25 million players across all platforms, according to the company. It recently brought back the Guitar Hero franchise with Guitar Hero Live. It also sells extremely well in the “toys-to-life” genre with its Skylanders brand.

The company’s next blockbuster is Call of Duty: Black Ops III by Treyarch, releasing on Nov. 6 for the PlayStation 4, Xbox One, PC, PlayStation 3 and Xbox 360.