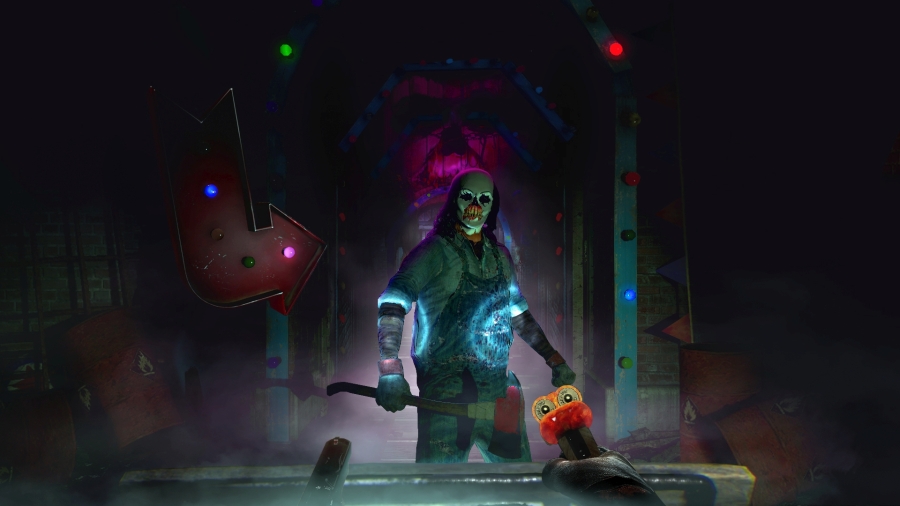 The next installment in the Until Dawn chapter is a PlayStation 4 virtual reality game.

Until Dawn: Rush of Blood is exclusive to the PS4 and Sony’s PlayStation VR platform. The game was revealed during Sony’s Paris Games Week on Tuesday.

Rush of Blood is a spin-off to Supermassive Games’ Until Dawn, a new horror IP which released on Aug. 25 exclusively on the PS4.

The game will be an on-the-rails, arcade shooter by way of a roller coaster. The story is somehow tied to Until Dawn and will incorporate player choices like the original game. At least one of the characters from Until Dawn will play a role in Rush of Blood.

The game began development at the same time the studio worked on Until Dawn.

Until Dawn is the story of eight teenagers on a vacation at the Blackwood Pines mountain lodge, a year after a tragic accident at the resort caused the disappearance of two of their friends. When the group returns they encounter a series of events that threaten their lives. Players need to reach the end of the game with as many of them alive as possible. The gameplay is from the third-person perspective, with player choices impacting who lives and dies through a “butterfly effect” of branching storylines.

The game features real actors like Hayden Panettiere, Rami Malek, Brett Dalton and Peter Stormare playing the characters. It wasn’t revealed exactly how many of them will return for Rush of Blood. A release date also wasn’t announced.

Supermassive Games previously denied that Until Dawn would have downloadable content or a virtual reality game spin-off. Until Dawn has exceeded sales expectations and a sequel could be developed in the future.

Until Dawn originally started development as a first-person, PlayStation Move game for the PlayStation 3.

PlayStation VR, formerly known as Project Morpheus, is a virtual reality headset scheduled to release in 2016. A price for the hardware hasn’t been announced but it’s rumored to retail for around the same cost as a gaming console.