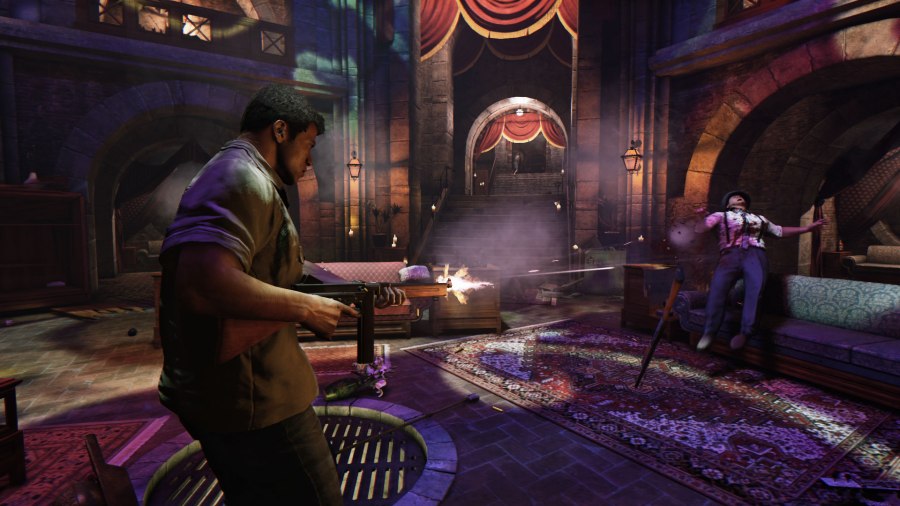 The next Mafia game goes with a new take on a mob story.

Mafia III is in development and will release for the PlayStation 4, Xbox One and PC in 2016.

The latest game in the organized crime franchise has a new direction, set during the ’60s in New Orleans, Louisiana. The protagonist is Lincoln Clay, a black Vietnam War veteran living in the city in 1968, a time filled with racial tensions, counter-culture music, an anti-war movement and political assassinations.

Clay, who is half black and half white, was orphaned as a young child and spent his life searching for a place to belong and people to call a family. He tried looking in the Catholic Church and in the streets. He found brothers while serving in the military. Back in America he found a family when he joined up with the black mob who are affiliated with the Italian mafia in New Orleans. He saw his new family killed by the Italians in an act of betrayal, while almost losing his life to them at the same time. He seeks revenge against the mafia, taking them down while building his own criminal empire.

Clay can team with other crews, but they aren’t playable in the game. A young woman named Cassandra leads the Haitians, an older man called Burke runs the Irish and Vito Scaletta, the main protagonist in Mafia II, returns as a character in Mafia III in charge of the Italians friendly to Clay.

You can take over parts of the city and assign them to one of the three lieutenants. Each lieutenant comes with their own rewards, perks and upgrades. The gameplay is still in the third-person mode. Cars appear to freely explode during certain gun fights and chases. It’s not clear how open world Mafia III will be in this reimagined New Orleans compared to Mafia II, which limited the player’s exploration and interactivity to mostly during story missions. Areas in the game shown show far include a jazz club, a cemetery and parts of the city during the day and night. Players can make different choices, like how to take over a new territory or stopping police from harassing a black couple in the street, but some decisions will come with repercussions.

Like previous games in the series, Mafia III will feature music (including Jimi Hendrix and The Rolling Stones) and cars from that time period.

The game’s developer is Hanger 13, a new 2K studio founded in 2014 based in Novato, California that includes some former 2K Czech developers. Haden Blackman is the studio head and serves as the game’s creative director. Mafia III will be published by 2K Games.

The franchise started with Mafia: The City of Lost Heaven in August 2002 for PC that was later ported to home consoles in 2004. Mafia is set in the 1930s with Italian characters in a rags-to-riches storyline.

The last game in the series, Mafia II, released in August 2010 for the PlayStation 3, Xbox 360 and PC. Mafia II takes place between the ’40s and early 1950s but wasn’t a direct sequel to the first game, instead featuring new characters and storylines. Each game is set in a fictional New York City-style environment. Both games were developed by 2K Czech, a studio that’s recently been restructured into one branch location, with some employees also transferred to Hanger 13.