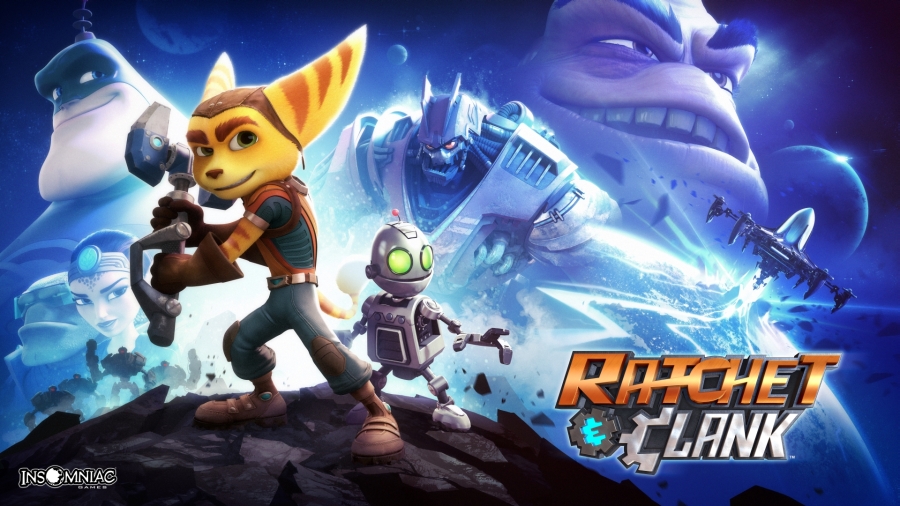 Ratchet and Clank are looking better than ever.

Ratchet & Clank on PlayStation 4 is a re-imagining of the original PlayStation 2 classic. This isn’t just a straight high-definition remake but an all-new game retelling the origins of the series that ties into the upcoming movie.

The game will cost $39.99 when it launches in spring 2016 as a retail release and digital download.

The PS4 version features much improved graphics over the original, almost looking like the film set to release April 29, 2016, which is based on the first Ratchet & Clank game that released in November 2002.

This new game humorously features the tagline, “The Game, Based on the Movie, Based on the Game.” The movie is a new origins story of how Ratchet and Clank first met, taking on Chairman Drek along with other bad guys introduced in later releases like Dr. Nefarious.

In the PS4 game Captain Qwark narrates the story, expanding on events from the movie. James Arnold Taylor voices Ratchet, who began the character in 2003 with the franchise’s second game, Going Commando.

Ratchet & Clank on PS4 brings updated gameplay elements of the PlayStation 3 Future games of the series, like strafing, free weapon aiming and other modern controls. There’s an updated look and feel to the game taken from the franchise’s long history.

Ratchet on PS4 will include some of the old arsenal and many weapons not featured in the first game, like the Groovitron and Mr. Zurkon. There will also be all-new weapons like one called the Pixelizer that turns enemies into retro style pixels and other weapons featured in the movie. The weapons are all upgradable with a system taken from the recent games that’s more sophisticated than the original.

While keeping many of the same areas, enemies and sequences, there will also be new boss fights, new gameplay moments and new planets to travel to and explore in the PS4 version. New Clank gameplay sections that were introduced in later games will be included in this release.

Ratchet & Clank will be in 1080p and 30 frames-per-second. The PS4 version is expected to have 10-12 hours of gameplay, according to Polygon.

Pre-ordering the game will unlock an exclusive weapon from Ratchet & Clank: Going Commando called the Bouncer, which sends small homing bombs after enemies.

The game was first revealed last year at E3. It’s the 14th game in the franchise, which have all been exclusive to PlayStation consoles. The last Ratchet & Clank game was Into the Nexus on the PS3 in November 2013.

Watch the latest trailer, which shows gameplay mixed with scenes from the movie: