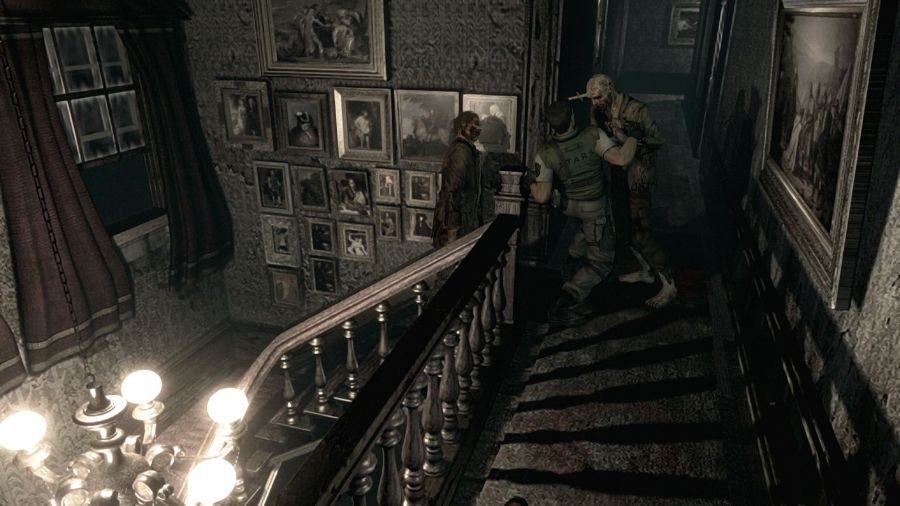 Chris Redfield is attacked by zombies in the mansion of Resident Evil. (Image by Capcom)

Capcom announced Friday that its remastered release of Resident Evil topped more than one million sales across all platforms.

Resident Evil HD Remaster released Jan. 20 worldwide for the PlayStation 4, PlayStation 3, Xbox One, Xbox 360 and PC for $19.99 as a download-only title. The game released earlier in Japan for the PS3 and Xbox 360 in November 2014, with a PS3-exclusive, limited retail version released only in that territory.

The HD Remaster added several updates to the 2002 Nintendo GameCube remake of the first game in the series, such as improved visuals, a widescreen display and a new control scheme.

Resident Evil HD became the fastest-selling digital release in Capcom’s history. It also broke first-day sales records for all games on the PlayStation Network across North America and Europe. Capcom didn’t provide exact sales figures for each digital platform or each console.

Resident Evil first released in March 1996 for the original PlayStation. Created by Shinji Mikami, the game helped popularize the survival horror genre and spawned many sequels and spin-offs, the latest being this year’s episodic release of Resident Evil: Revelations 2.

The game was remade in April 2002 for the GameCube, overhauling the graphics, adding new areas, different puzzles, defensive weapons, new voice acting and redone cut-scenes. Capcom ported the game to the Wii in 2009 with motion controls.

Mikami left Capcom in the mid-2000s, afterwards developing games like Vanquish (2010) and Shadows of the Damned (2011). He went on to form his own studio called Tango Gameworks in 2010, which released last year’s The Evil Within.

As of March 31 the Resident Evil franchise has sold more than 65 million copies, according to Capcom.