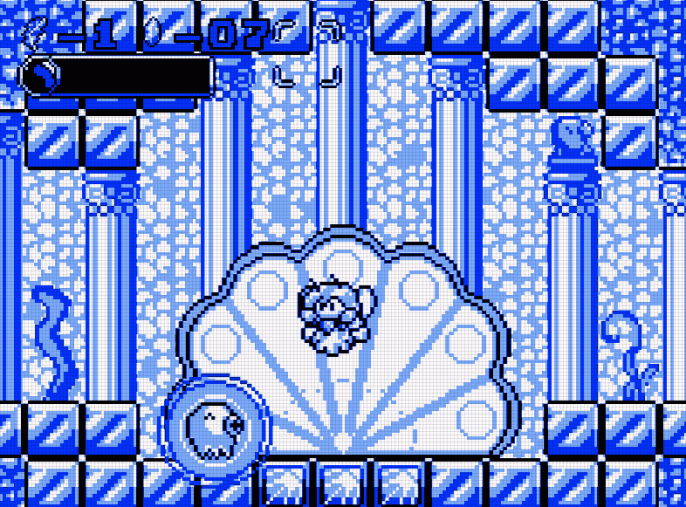 With vibes of Game Boy classics like 1993’s The Legend of Zelda: Link’s Awakening and Kirby’s Dream Land (1992), Save me Mr. Tako takes the retro flavor back to the 8-bit handheld days.

Tasukete Tako-San: Save me Mr Tako is a Game Boy-inspired action platformer in development by Christophe Galati, a 20-year-old French independent creator. The game will release on PC through Steam and the Wii U eShop in 2016.

Galati started the game in 2014, inspired by the 25th anniversary of the Nintendo Game Boy, which released on April 21, 1989 in Japan and July 31 that same year in North America.

You play as an octopus named Mr. Tako. The story goes humans and octopuses are at war against each other. Octopuses used to peacefully rule the world with knowledge of an ancient past until humans came along. Tired of being eaten and humiliated over centuries, some of the octopuses swore revenge against humanity. They began to kidnap children and threatened to eliminate all humans. Mr. Tako saves a woman who fell into the water after octopuses attacked one of their ships. After saving her, a fairy gives Mr. Tako the special ability to breathe on land. Mr. Tako then splits from his octopus clan to save the world.

During gameplay Mr. Tako shoots ink to attack. Inking enemies will paralyze them into blocks, turning them into protection against other enemies or more platforming steps. There are currently 35 powers in the game that are activated by wearing hats found in treasure chests, with Galati’s next development goal set at 50 powers. These powers range from increased health and abilities to stronger attacks with swords or bombs. Wearing a hat also lets Mr. Tako take an extra hit from enemies.

Each stage will have three abducted children to rescue and gems scattered throughout for the player to collect. Collecting 100 gems gives Mr. Tako an extra life. There will be different bosses throughout the story mode. Besides story levels there will be special areas to talk to other characters and where merchants will sell items. The game will also feature sidequests and hidden stages. On the world map there will be a place called the Tako-house where players can switch out the hats they collected.

Save me Mr. Tako comes with an option to choose different color palets, mimicking the Game Boy and Super Game Boy accessory. The game’s music is being created by Galati’s friend, Marc-Antoine Archier.

The game will have three modes, story, multiplayer and Runner mode. Runner mode is made up of randomly generated levels of increasing difficulty, with the goal to reach the stage’s end before the scrolling screen runs out. Local multiplayer consists of 2-4 people in a versus mode where players fight each other and new attacks are gained from chests. There will also be co-op in Runner mode.

Galati also plans to bring Save me Mr. Tako to the 3DS eShop with Nintendo’s recently announced Unity engine support for the console.

Watch the first story trailer, showing the rise of Mr. Tako and gameplay: