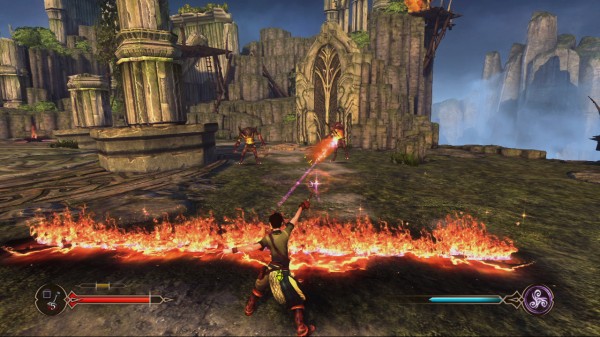 In a move bridging the gap between the physical and digital shopping space, eager players can soon download full games off the PlayStation Network before they’re even released in stores.

PlayStation 3 owners will be able to pre-order a game from the PSN Store and begin downloading it to their system before its official launch. On release day, the game’s unlock key will become available, giving players full access to the download. The upcoming PlayStation Move title Sorcery will be the first to use this new pre-order system when it launches on May 22.

Players who pre-order these games will be charged through their PSN account funds or designated credit card two days before the anticipated release, according to Sony.

PC platforms like Valve’s Steam have used this download feature for several years, but Sony is the first to start it on home consoles. Pre-orders for add-on content or retail games like BioWare’s Mass Effect 3 already existed on the PSN Store, but they could never be fully downloaded before release day. In the future more unannounced games on the PSN Store will use this pre-order system, reported Polygon.

Sorcery will require PlayStation Move peripherals to work.  Developed by The Workshop in collaboration with Santa Monica Studio, the game is designed from the ground up for motion control support. Sorcery will retail for $39.99.

Watch the video below to learn about the different enemy types you’ll encounter in Sorcery: