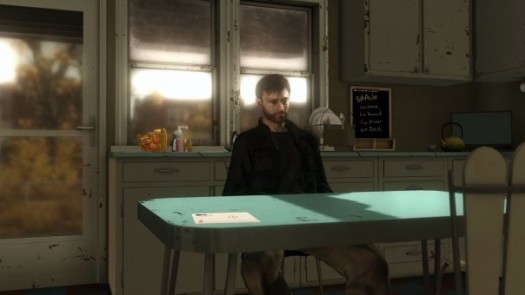 Guillaume de Fondaumiere, co-CEO and executive producer of the studio behind Heavy Rain, made controversial comments today about the used game market, claiming Quantic Dream lost millions of dollars because of used sales.

de Fondaumiere said used game sales are now one of the biggest problems in the industry. He highlighted Quantic Dream’s Heavy Rain as an example:

We basically sold to date approximately two million units, we know from the trophy system that probably more than three million people bought this game and played it. On my small level it’s a million people playing my game without giving me one cent.

de Fondaumiere didn’t reveal how he knew more than 1 million players had specifically bought Heavy Rain used instead of possibly renting the game, borrowing a copy from a friend or were playing it in the same household as other users. He also made the assumption that these additional players would have purchased a new copy of the game.

He also claims that the French studio lost between $6.8-13.7 million in royalties from Heavy Rain because of used game sales. de Fondaumiere said he believes the worldwide recession that began in 2008 has caused an increase in used game sales which has hurt the entire industry.

Heavy Rain retailed for $59.99 as a PlayStation 3 exclusive when it released Feb. 23, 2010. According to NPD sales numbers, Heavy Rain sold more than 219,000 copies in only the first few weeks after it launch.

While the game received top review scores, many criticized the story’s plot holes and its questionable ending. The game’s re-playability may have also driven some used sales. Even though there’s some replay value to discover and experience different paths in the game, it’s only meant to be played once, said David Cage, co-founder of Quantic Dream and director for Heavy Rain. In August 2009 he said:

…but the right way to enjoy Heavy Rain is really to make one thing because it’s going to be your story. It’s going to be unique to you. It’s really the story you decided to write…I think playing it several times is also a way to kill the magic of it.

A series of downloadable content releases that would have extended the story of Heavy Rain was planned but eventually cancelled last summer. The DLC was supposedly cancelled because Sony wanted the studio to focus on developing Move support for the psychological thriller. The game was patched for PlayStation Move control support on Sept. 22, 2010. Heavy Rain became part of the PS3’s Greatest Hits line of $29.99 budget titles in February.

Because we’re basically all shooting ourselves in the foot here. Because when developers and publishers alike are going to see that they can’t make a living out of producing games that are sold through retail channels, because of second hand gaming, they will simply stop making these games. And we’ll all, one say to the other, simply go online and to direct distribution. So I don’t think that in the long run this is a good thing for retail distribution either.

What some may call anti-consumer beliefs and actions have increasingly becoming more prevalent among publishers and developers.

To counter the used game market several publishers started using the online pass system for games with online multiplayer modes. If a player buys the game used, rents or borrows it from a friend, they have to buy a $10 pass in order to even play the game’s multiplayer modes online.  Electronic Arts revealed last Wednesday that it has made $10-15 million in sales from its Online Pass since starting the program in 2010.

de Fondaumiere claims video games are too expensive but Heavy Rain still managed to sell more than 2 million copies, a respectable amount for a console-exclusive game. He admitted that the industry needs to do something about the high cost of games:

Now are games too expensive? I’ve always said that games are probably too expensive so there’s probably a right level here to find, and we need to discuss this altogether and try to find a way to I would say reconcile consumer expectations, retail expectations but also the expectations of the publisher and the developers to make this business a worthwhile business.

From now until the end of the year there’s many blockbuster titles releasing, with games like Batman: Arkham City, Battlefield 3, Uncharted 3: Drake’s Deception, Modern Warfare 3  and Elder Scrolls V: Skyrim all launching within a few weeks of one another. Each game will cost $59.99. Buying used might be the only option for those who want to play the latest games during the flood of fall and holiday releases.