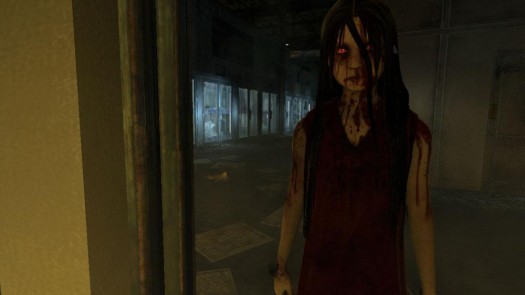 F.E.A.R. 3 is the latest in a series of games to use an online pass to lock out content for those who don’t buy a new copy. The “F.E.A.R. Pass” unlocks two exclusive multiplayer modes called “F***ing Run!”  and “Soul Survivor.” It also unlocks six maps, three for each game mode. The pass comes in all new copies of F.E.A.R. 3.

The F.E.A.R. Pass costs $9.99 on the PlayStation Network Store or 800 Microsoft Points on the Xbox Live Marketplace. On Xbox 360 the download is called, “F.E.A.R. 3 First Purchaser Maps and Modes.”

Developed by Day 1 Studios and published by Warner Bros. Entertainment Inc., F.E.A.R. 3 released June 21 in North America for the PlayStation 3 and Xbox 360. The game includes four total multiplayer modes. Players without the F.E.A.R. Pass will still be able to play the two other online modes, Contractions and Soul King.

A call to WB Games customer support confirmed that the F.E.A.R. Pass is tied to the one PSN ID or Xbox Live Gamertag its redeemed on. Other users on the system will have to buy their own F.E.A.R. Pass to play the two multiplayer modes on their own account.

“F****ing Run!” is a mode where four players must get to an extraction point before they are consumed by the Wall of Death. Soul Survivor has four players attempt to survive a wave of enemies, but one of them gets corrupted by Alma. Once corrupted that player must hunt down and corrupt the remaining players. There’s no Trophies or Achievements tied to these two modes.

Contractions is similar to Gears of War’s Horde mode. Soul King is like a deathmatch mode, but players must collect the most souls by the end of the game. Souls are collected by killing other players, who lose part of their collection when they die. Each person plays as a Spectre and has the ability to possess other players.

European players have had trouble with the F.E.A.R. Pass on the PS3. Players who bought F.E.A.R. 3 used or rented the game couldn’t access the two multiplayer modes because the online pass wasn’t available in the PSN Store. Since the game’s release they haven’t been able to buy the F.E.A.R. Pass. Warner Bros. told Eurogamer the F.E.A.R. Pass should be available for European users sometime today. Xbox 360 players didn’t encounter this problem.