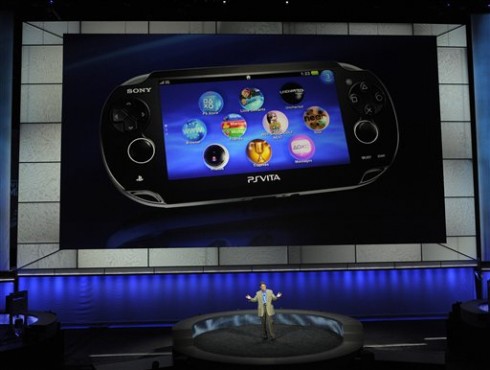 During its E3 press conference last night, Sony officially revealed the name and pricing of the PlayStation Portable’s successor. Previously known as the NGP, Sony announced that the new name for the system would be Vita. Vita is Latin for life. Kaz Hirai, executive deputy president and CEO of Sony Computer Entertainment, said the PS Vita would blur the lines between reality and entertainment.

Sony said the PS Vita will release sometime this holiday season and comes in two different versions. The Wi-Fi only version will retail for $249.99. The 3G Wi-Fi version will retail for $299.99 and includes a data plan with AT&T. AT&T is the official and exclusive wireless connection carrier for the PS Vita in the U.S. Network carriers for other regions will be revealed at a later time. The PS Vita is the same price as Nintendo’s latest handheld, the 3DS.

Other features announced for PS Vita during the conference were “Party,” which is a group voice chat ability using either a headset or Vita’s built-in microphone. Players can even chat together while playing different games. “Near” is like a social networking connection where people can do things like share various content and compare Trophies with other players.

One of the blockbuster games shown for Vita during Sony’s conference was Uncharted: Golden Abyss. According to the developer Sony Bend, Golden Abyss has been in development for more than two years. Sony Bend is responsible for the PSP titles Syphon Filter: Dark Mirror (2006), Syphon Filter: Logan’s Shadow (2007) and Resistance: Retribution (2009).

Ruin is an exclusive action RPG revealed during the presentation. During the conference it was shown that players can use their Vita save of Ruin and resume the game on the PS3. Players can connect with one another through a variety of social networking tools like Facebook or Ruin’s Web site community. Once connected, players can either help out or attempt to ruin the other person.

PS Vita will get ModNation Racers in an all-new title developed exclusively for the system. At the game’s launch more than 2 million user created PS3 levels from the console version will be available to play in the Vita version. Sony also revealed Little Big Planet’s gameplay on the PS Vita.

Ken Levine, creative director and co-founder of Irrational Games, announced during the presentation that a new BioShock game would eventually appear on the Vita. Capcom also announced during the conference that Street Fighter X Tekken will have a portable version on the PS Vita. The game will feature Cole MacGrath from the Infamous franchise as a playable character.

Check out Little Big Planet in action on PS Vita: