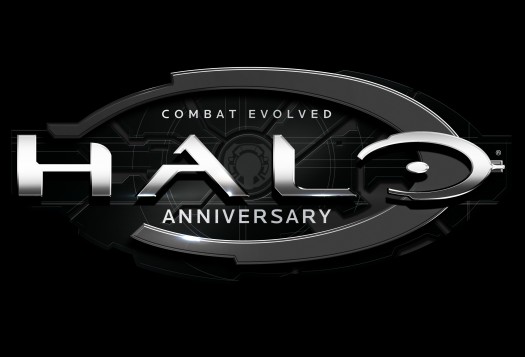 During the E3 presentation footage was shown of the improved visuals and gameplay. Combat Evolved Anniversary is being developed by 343 Industries in collaboration with Certain Affinity and Saber Interactive. Halo: Combat Evolved released as a launch title for the original Xbox. Developed by Bungie Studios and published by Microsoft, Halo: Combat Evolved was essential to the establishment and success of the Xbox franchise.

The Anniversary edition features improved graphics in a fully remade and remastered story campaign. O’Connor said Anniversary’s graphics are running on top of the exact Halo: Combat Evolved physics and gameplay engine. Players will be able to press a button to switch between the classic Halo and Anniversary visuals to see the difference in details.

Anniversary also has co-op play locally and over Xbox Live, a staple of the recent Halo games. Xbox Live wasn’t available for the original game, having launched a year after Halo released. The original Halo only supported local multiplayer in-game and by using the system link featurefor up to 16 players.

There’s also seven multiplayer maps updated from Halo and Halo 2 like “Damnation” for Anniversary. O’Connor revealed that six of the multiplayer maps are for traditional competitive modes. The other map is being designed from a Combat Evolved stage for a Firefight level.

All the game’s original maps and features aren’t available to play over Xbox Live. Unfortunately Anniversary doesn’t include online multiplayer. The maps included are being revamped for Halo: Reach (including Reach gameplay features like assassinations, jet packs, and armor lock) and use the Reach portal to play on Xbox Live.

Anniversary will include achievements, which weren’t introduced until the launch of the Xbox 360. New story revelations are included in Anniversary that hint at the conflicts in the newly announced Halo 4.

Check out the reveal from E3: