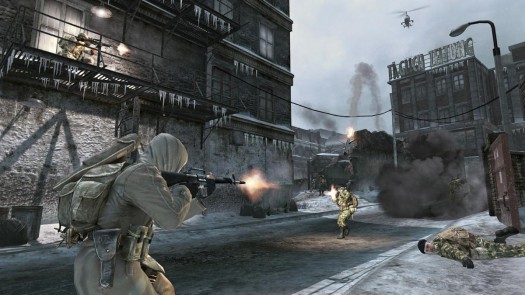 A downloadable content report for the PS3 and Xbox 360 finds digital sales are playing an important role in the industry.

According to a press release from Forecasting and Analyzing Digital Entertainment (FADE), a market research and consulting firm that focuses on digital game downloads, lifetime sales of DLC across the PlayStation 3 and Xbox 360 have reached impressive sales numbers.

FADE found the average release for DLC happened 180-190 days after the retail game launched. However DLC is increasingly releasing earlier than that average, like the Call of Duty: Black Ops First Strike Map Pack. The pack released 89 days after Black Ops came out.

Here’s the top five lifetime pieces of DLC, by estimated revenue. FADE said the top five is based on DLC that has Trophies and Achievements. (Note: The release date and price weren’t included in the press release. The price listed is the release date price. The DLC may have seen sales and permanent price drops since release.):

Founded in December 2008 and launched in July 2009, FADE analyzes digital sales for Xbox Live, PlayStation Network, WiiWare, Steam, iPhone, and other mobile applications. The group offers monthly and annually detailed analysis reports on games and platforms through a paid subscription or a single order.