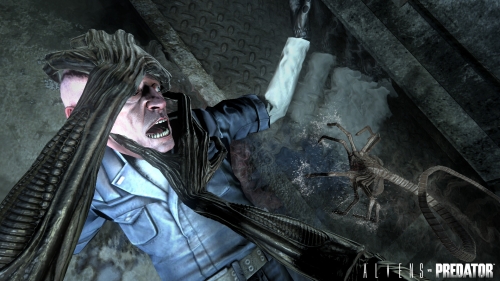 Sega will no longer support the console versions of Aliens vs. Predator.

Sega won’t release any further patches for the Playstation 3 and Xbox 360 versions of Aliens vs. Predator.

On July 13th, Clumsyorchid, an assistant community manager, posted on the official Sega message board:

I’ve just received a mail this AM regarding patches for the console versions of AVP and I regret to inform everyone that these have sadly been scrapped.

I had previously made a claim that these were coming and at the time, this was very much on the table. For the console community, I apologize, as I know there are many features and updates that you’d like to see. I’ll keep fighting internally for this to happen, but until I hear otherwise, there will not be a console patch for either Xbox or PS3.

Players have been demanding patches for several months to fix various online issues, like long load times and a broken XP system, among other issues. Some issues regard previously released downloadable content.

Many in the community are upset that support is being cut so soon into the game’s life, especially after the launch of new DLC. They’re also frustrated that the game’s issues will now never be resolved.

Here’s a few comments from the community:

Wow. This is unbelievable. To think that I supported SEGA and Rebellion for this entire time only to have this happen. You made a mistake SEGA. I never considered selling AVP, especially because I convinced 4 of my friends to buy it, but now it’s a guarantee. Sorry, you lost another customer. Forever.

SEGA and Rebellion are perfect examples of corporate garbage. Yes I say Rebellion too and it will stay that way until some one speaks up and owns up for this crap.

Why haven’t they been able to come up with patch to fix the consoles when they’ve had 6 months to do it?

Why did they release the Bughunt DLC, take the money, knowing they were going to pull the plug on the game only a week later?

Putting out a statement through an admin on a discussion board is WEAK. SEGA and Rebellion need to own up and set the record straight. You have a good reason for screwing your customers, good, let’s here it. Until then I won’t spend a dime for anything SEGA or Rebellion is remotely associated with.

Some members posted the acronym Support Eliminated Go Away in response to Sega’s decision.

The PC versionis to still be supported. “I have heard nothing on PC patches and would not assume there will be any changes unless stated otherwise,” said the community manager.

Neither Sega or Rebellionhave yet to respond or give an official reason for the termination of console support.

Sega is awful at supporting their titles. This is completely unacceptable. Way to piss all over the consumer Sega, the people who’ve kept your stale company floating above water for years now.

AVP is less than six months old yet already all support is cut. Surprise, it’s only happening to console versions.

Their decision could be due to Sony and Microsoft charging to release online content like patches. From their standpoint, why put money into a game that’s not bringing in a big enough return? Even then, that’s no excuse. People paid good money for AvP. It’s incredibly shady to cut support just a week after releasing paid DLC.

I wouldn’t be surprised if the online servers are done within the year. Sega cut support for Chromehounds earlier this year. If they’ve abandoned ship this early, it makes sense the AvP servers would be the next to go for a game that hasn’t met their profit expectations.

Sega killing off the AvP community

As far as Rebellion goes, they get no respect from me after the abysmal Shellshock 2: Blood Trails. That game is also broken beyond repair. They’re rumored to being close to going out of business. Considering their last releaseRogue Warrior was another awful game and total flop, it wouldn’t surprise me. They continue to make terrible and flawed games.

Rebellion has a fair share of responsibility in this situation after releasing AvP with so many issues. They aren’t innocent either. The multiplayer demo had problems when it released. They needed to patch it in order for people even to get into games. Nothing’s been fixed in over six months.

Once again console gamers get the shaft. This is becoming standard protocol. It’s sad that the ’90s PC version of AvP is still going strong yet this news essentially kills the 2010 console AvP community.

Well, at least this frees up Sega to devote time and resources to another incredibly lame and terrible Sonic game starring a character and franchise that hasn’t been relevant since the mid ’90s.

One Response to “Sega Cuts Console Support for Aliens vs. Predator”